Chemotherapy is hard on kids, as any parent of a child who has had cancer treatment can confirm. For parents of children with Li Fraumeni Syndrome (LFS) we try and not to think too much about what the long-term effects are, we focus on the here and now and getting our kids through it. And, thankfully, the stats show that increasingly kids are surviving chemotherapy and other treatments and coming out the other side. But there are long-term health effects, over and above the risks of new cancers developing – especially for kids with LFS. The medical literature calls these ‘late effects of chemotherapy’, and they can include chronic health problems  like fatigue, fuzzy-headedness, lung and heart problems, aching joints, loss of nerve sensation and so on. It’s a horrendous list, but it’s better than the alternative of course.

So with this in mind I was really 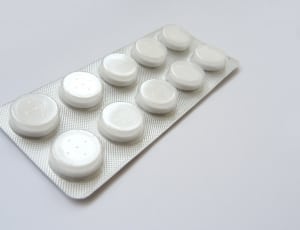 intrigued by a recent paper that looked at this in mice – with some interesting results… Young mice were dosed with doxorubicin, a toxic chemotherapy drug that is still the backbone for many childhood cancer protocols. When the mice were older they developed some of the same late effects that we see in childhood cancer survivors. The authors of this study describe the effects as being like premature aging – which fits in with how some survivors describe it too.

We’ve got to remember that this is only one study, in mice, and tested against only one chemotherapy drug. But the results are positive and once again suggest that drug repurposing (using an old drug for a new use) has a lot to offer cancer research. It also adds to the rationale for looking at aspirin for people with LFS, particularly for those who have had chemotherapy. This study didn’t look at whether treatment with aspirin reduced new late-onset chemo-induced cancers – which would be a great topic for the authors to address in the future. And of course there is the question of whether aspirin can have these effects in children – a clinical trial in the future, perhaps after some additional work, would be a fantastic direction to go in.

The study is online and is freely accessible – though pretty technical – here: https://www.ncbi.nlm.nih.gov/pmc/articles/PMC6996307/